Descended from engineered life created in ancient genetic labs, Grek has come to Vault 57 seeking refuge from the hostility of mankind's fearful remnants.

Name: Grek
Rank: 13 (Captain)
Mutated Humanoid
Current Status: one of the ‘stay-backs’ who remained at Ag-Station and did not embark on the Exodus to Heaven’s Gate.

3. DISPLACEMENT
Once/12 hours; Automatically displace (teleports) self up to 60m away to avoid death. This power is unconscious and controlled by the GM. Unconsciously activates just before an event occurs which carries a significant (>30%) chance of immanent death (before dice roll, if any). This can be a benefit, but also an annoyance. Make a successful MS check to prevent the power from functioning (each occurrence).

5. CONFUSION
Once/Day; Duration 30 seconds (must maintain concentration); Causes confusion and random behavior in target (roll d4: 1.Attack nearest friend or neutral; 2.Attack nearest enemy; 3.Stand confused for 1AT(4 to hit); 4.Wander away at Normal movement rate for 1AT(2 to hit)). You are introduced to the joys of high explosives by a huge figure known around the Ordnance Company as “Big Ben”: a quiet half-deaf Sergeant Major, the prototypical strong silent type. And we do mean strong…one of the biggest pure strain humans in the clan at just over 2 meters tall (6’7"). It’s said Big Ben wrestled ‘Gorilla Jim’, a huge mutated gorilla-man from Warrior Company, and walked away with all his extremities still ‘in situ’. He’s not all that smart, but his huge constitution got him into explosives: he can take a lickin and keep on tickin. He pretty regularly serves with the elite hovercraft crew in the capacity of security and explosives expert. You remember meeting Big Ben a few months back when he loaned you and Arik that 40mm grenade launcher after repairing the downed hovercraft (session 2). He actually trained you and Arik on it, without ever speaking a word really.

Anyway, 10 days into your training Ben seems to warm up a little, since you haven’t blown either yourself or him up. You find him giving you a speculative look one day and ask what’s up: “I’ve seen someone just like you before, in some kinda bunker we found a few years back on a long range hovercraft patrol. But they were dead.” He doesn’t look like he’s going to say anything else so you bite your tongue. Also he’s pretty deaf and you don’t want to yell it across the workshop.

A few days later in the mess hall he looks up and says “We went inside that place…we should’na, but we did. There were some words over the big-ass durasteel door: ‘Zoological Research Station 3…Established 2580…Department of Agriculture…Union of Western States’. Rocky found things in the labs down there, floating in some kinda glass tanks. One of them was you…your spittin image. Anyway, that’s when things went to shit. We left Jimmy back there, what was left of him anyway. Major Leo had me blow the place afterwards, so don’t ask where it is, ain’t gonna help you none anyways. I can’t talk about it no more.” Ben puts his head down and goes back to eating. After seeing the half-empty/half-panicked look in his eyes, you decide against bringing it up again. You know “Rocky” is probably Ursula “Rocky” Rodriguez, an old iron-hard Engineer lieutenant and one of the elite hovercraft pilots. “Leo” must be Leonidas Tolstoy, the famous Warrior Company Major: he’s practically married to that hovercraft. Also a fellow mutant that hangs around the Engineer garages a lot. But a high ranking one with an ego the size of Utah.

Heading over to the No.2 Secondary Bunker, home of Engineer Company, you see Ursula talking with Leo near the patchwork gray bulk of the Hovercraft. A few engineers eye you warily…they don’t like clumsy strangers coming in and bumping into delicate machinery. Leo heads off somewhere and Ursula spots you fidgeting around at the entry way. She calls out “hey man, there’s nothing for you to blow up here!” eliciting hoots of laughter from around the garage. She swaggers across the floor, a truly imposing figure sporting a mane of iron-gray dreads, wearing her Combat Armor like a perpetual second skin. Her face darkens when you mention ‘Zoological Research Station 3’ and she looks at you as if for the first time. She offers you a seat in her office at one corner of the garage. “Yea…yea we saw you down there. More than one too. What did I find in those databanks? You don’t want to know, and we destroyed it all so don’t get any ideas.” In a moment of fury, you blurt out that she’s a shit-for-brains for destroying all that…those were the answers I’ve been looking for! She tilts her head back and looks down at you with narrowed eyes, then takes a deep breath: “Listen…if you’d been down there maybe you could have made that call. Since you weren’t, it fell to Leo and me. Some things from the old world just need to be snuffed out, plain and simple. And keep your mouth shut, I don’t want those fuckin flakes in Scribe company hearing anything. Don’t take this to Leo either, he’ll just say you’re a loony and walk away. And no one’s gonna be able to hold back Big Ben if the story gets out.”

Over the next days those words from Big Ben haunt you: ‘Zoological Research Station 3…Established 2580…Department of Agriculture…Union of Western States’. What the hell does that mean, anyway? A related memory tickles your consciousness maddeningly, lurking just outside the periphery of awareness…but you can’t quite recall it. Something else about ‘Research Stations’… But now there are more important thing to focus on, like toting this ancient/rusty/dented demolition charge across 100+ klicks of hostile wasteland to Dome City 12. 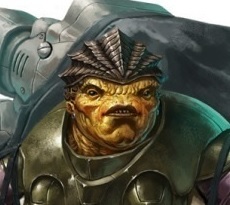